March 21 was a full day of work and fun. 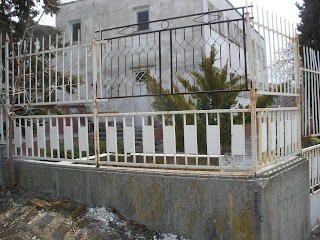 Our day began with a morning visit to Orphanage "Nezabravka"in Stara Zagora.  We met with the orphanage director and she shared some of the things that her children do and are involved in.  This is an orphanage that is more involved in the community and offer many more things to their children.  This is also a facility for children ages 4 to 7.  This orphanage is working with some biological parents to provide education and training to properly raise their children and regain custody.  We asked how many children had special needs and the director identified one child with Autism, who found out later was lucky to still be there at this facility at the age of 10.  The director said that they used to have a child with hydrocephalus but they sent it away with a shooing type motion with her hand.  As we observed there some other children with hearing impairments and vision impairments.  While the children did not display special needs in the way of genetic disorders or developmental disabilities, these children do have special needs.  They have experienced loss, separation, the must share attention with many other children, they do not have a father or mother, they have experienced abuse, and much more.  The needs are deeper and not defined. In addition, the director stated that these children would, however, only be adopted internationally.  When asked why, she said that many of these children were children of Gypsies and they had darker skin and were not accepted by society.  This just made me cringe especially as these children are healthy and children who are only being prevented a family because of the color of their skin.  I would have loved to have tucked these children into my bags and taken them home and shown them the love they deserve.

During our morning visit, we did music with the four and five year olds, and the one child with Autism, who were not yet attending school.  We provided many interactive activities where the children learned some new activities, were able to play with the instruments that we had brought, and interact with us.  We provided the children to be children and play, dance, play instruments, and sing.  They had a blast!  The language was not the barrier that it was when working in the Women's Shelter.  The children made attempts to sing along with us even with the English songs.  Their favorite was "Matilda the Gorilla", much as it is here with children of the same age.  We were allowed to take pictures but were asked to limit the face shots of children. 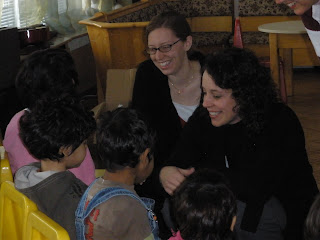 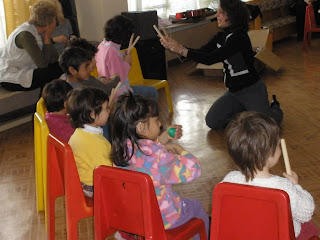 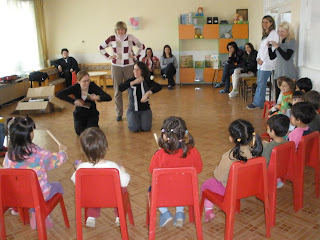 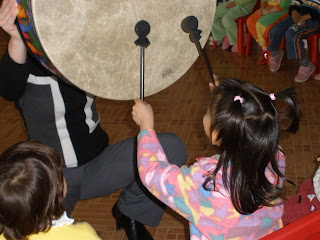 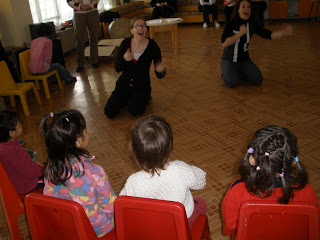 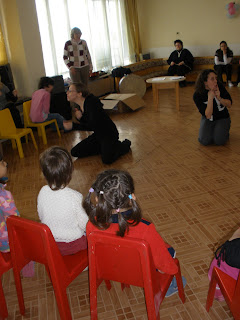 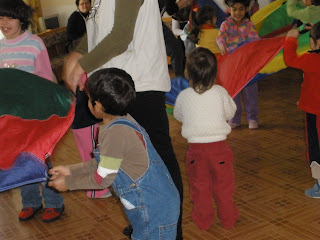 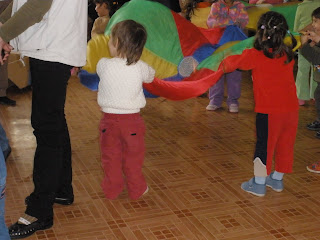 After our group with these children, we went and met with the directors and psychologist of Samaritan's Women's Shelter.  They were curious on what Music Therapy was and how it could be utilized with women and children at the shelter.  This was the day before our visit to the actual shelter.  We shared some ideas on how Music Therapy techniques could be incorporated into the therapy that they provided. The staff was very excited about what we brought to the table and wanted to arrange a training with their foster care program.  Unfortunately, this trip did not lend itself to this as the time was too short.  The director pleaded with us to organize another trip and to spend more time and provide training in the future to their staff and find ways to get Music Therapy regularly for those in both the women's shelter and the foster care program.

After a brief lunch, and locating another string for the guitar we were borrowing, we returned to Orphanage “Nezabravka” for a visit with the six and seven year olds.  We were greeted by the children with a little performance.  A few children sang a song while the national music teacher played accompaniment.  A few girls provided a dance that showcased some of the gymnastics they had learned, and a girl played a duet on a national instrument that resembled a violin but with approximately twelve strings. We, again, did a variety of singing, movement, and instrument playing activities.  The children had a blast and enjoyed participating in our activities as much as entertaining us with their familiar activities.  The children in this group especially enjoyed the gathering drum.  One could see the personalities of the children displayed in the way each played the drum, whether quiet and reserved, playful, or assertive and strong fisted playing. 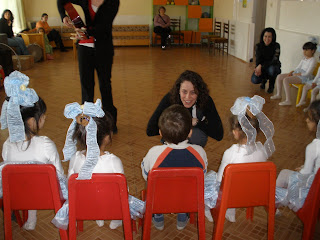 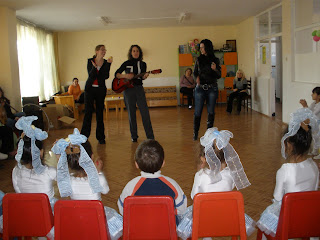 Good old action shot.
The bows and costumes seen here were from the mini performance that we received from the children. 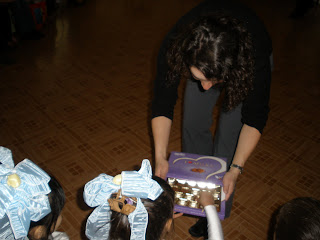 Since my birthday was this day, I had learned that Bulgarian's celebrate birthdays a little bit differently.  The birthday individual shares gifts or sweets with those he/she comes in contact with during the day.  We decided to share in this culture with the children in the afternoon.  We brought a box a chocolates and shared them with the children.  Each child greeted me with a saying that wished me health and happiness as I gave them a chocolate.  This was obviously a special treat as the chocolates disappeared quickly in hopes that maybe there would be a second piece.  The orphanage director then presented me with a present that was pieces of artwork that the children had painted and typically sold at a craft fair.  The pieces included a hand-made card, a painted bowl and jar, and a hand-blown egg that had also been painted.  These are treasures that I will hold dear forever.  It reminds me of these faces that so desire a family of their own.
Posted by Bessie at 5:25 AM No comments: